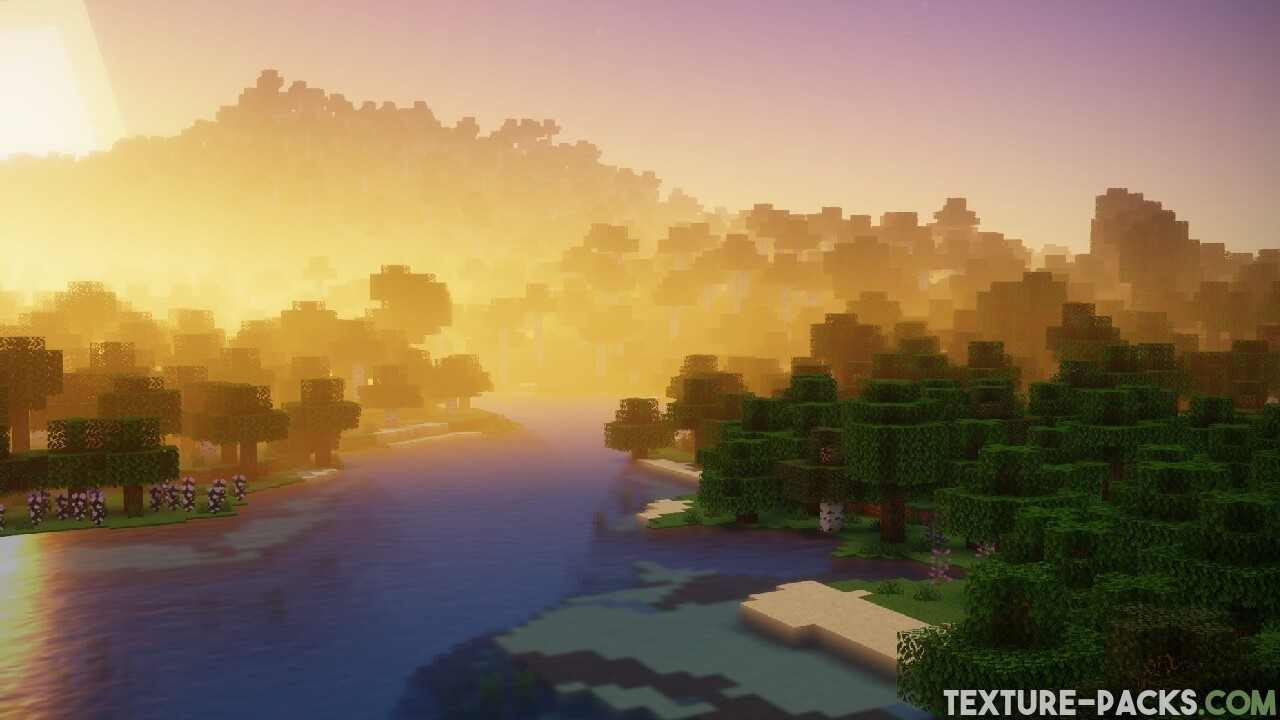 Recently, many individuals have bought out all the good graphics cards and they’re selling them for outrageously expensive prices on the internet. Getting a powerful computer up and running these days is not only expensive, but it can also be difficult trying to navigate everything involved, and we totally get that. Thankfully, we’ve got a Minecraft shader here today that’s going to be perfect for your needs. It’s called, fittingly enough, the Potato shaders. This pack works best with FPS Boost texture packs.

This is obviously not a literal potato shader, as while Minecraft does feature farmable potatoes within the game, that one part of Minecraft is extremely minor compared to just about everything else. The term “Potato” when talking about technology refers to the idea that the item in question is outdated, low-end, old, or otherwise broken and not ideal. Many people are familiar with the idea that the technology they buy today, like computers and smartphones, is not going to be as powerful as what will be released in the future, since technological innovations are always happening.

At the same time, you can’t realistically expect your old “Potato” PC to keep up with the constantly changing times, as newer games might not be able to run on it, internet websites might be expecting you to have better equipment to visit the site or run their app, and you might even be open to software and hardware security exploitations in the future, aka viruses and malware could also infect an older computer and slow it down, aging it even faster than it otherwise would.

Finally, with older PCs it’s common for hardware components to wear out or break on them, so for example if your graphics card breaks you might be forced to use your computer’s motherboard’s integrated graphics card instead, which is going to produce less-than-ideal results, to say the least.

This all sounds pretty bad, right? Well, it’s not actually too bad to keep using the same computer for many years. We have many different PCs that we will write these articles from, but the primary computer we use is about 8 years old currently, and it still runs great. However, this could just be an exception and maybe we just got lucky, we know of lots of people who have had computers and laptops burn out much quicker than that.

Getting back to Minecraft, one thing Mojang really focuses on when they update or patch their game is making sure that it can run well (60+ frames per second) on as many home computers as possible. They want Minecraft to be as accessible as possible. This is because Minecraft, for many people, is a casual game, and for lots of people it might be the only game they play on their computer, which otherwise would not be good at running modern, more demanding games. It also ensures that people can run Minecraft very well on computers such as laptops that are mostly meant for education, for example. Also, many gamers play on mobile devices like Samsung tablets.

Because of this optimization, Minecraft has to take a small hit to the visual quality of its product. Vanilla Minecraft still looks pretty good for what it is, especially comparing Minecraft right now to Minecraft on release years ago. However, because Minecraft is open to shader mods, many creators and programmers have taken it upon themselves to provide solutions to these problems.

One such creator is RRe36, the author behind the Minecraft Potato shaders. The entire purpose of this shader is very simple; make Minecraft look as good as possible for as little work as possible. When we say “work”, we’re talking about what the computer has to actually do in order to make everything run properly. One small note is that some integrated graphics cards such as the Intel HD 5000 line of cards will not work with this low-end shader pack, due to a design fault from Intel. However, these cards are somewhat rare, and they’re about 10 years old anyways. Other than that, assuming your computer can run Minecraft somewhat decently already and you’re running OptiFine 1.12 or newer, you should be good.

By the way, the creator also has other projects that receive regular updates. For example, RRe36 is the developer of:

Like the best shader packs for Minecraft, this one features many of the staples that you are surely familiar with. Dynamic colors, tone mapping, bloom, depth of field, all this stuff is really great and considerably enhances the visuals of Minecraft. You can see the best features in the screenshots and in the YouTube showcase video.

Is it going to look as good as some of the other realistic shaders available for Minecraft? No, of course not. There are a huge amount of talented programmers that have made some really amazing shaders for Minecraft, but the catch to using every single one is that they all expect your low-end computer to be able to handle it. You simply might not be able to use some of the really impressive shaders that currently exist. So in a way, this shader is a compromise.

However, it should be noted that even though the Potato Shader might not be the best in terms of visuals, it definitely still looks a LOT better than the standard Minecraft gameplay. It’s not just better in one or two ways, it’s better in a ton of ways. The water looks way better, much more like a fluid than before. Places like the Nether look appropriately spooky, like Halloween texture packs, which are made much better looking due to the ambient lighting provided by the shader. Interiors of rooms seem much more true to how they would appear in real life, with lights that get much brighter if held closer to surfaces.

Generally speaking, the Potato shaders pack can look really nice in the right circumstances. Would we recommend using it on a top-of-the-line month-old graphics card? Probably not, unless you really like the visuals here for whatever reason. But would we recommend this for old, or potato-quality PCs? Yes, absolutely we would. It is super lightweight, fast, and makes Minecraft a much nicer-looking game than it otherwise would be.

Definitely check this one out if you think it makes sense for you, there’s really no reason not to have something basic like this at the very least if you want something extra from your Minecraft adventures. Everything is optimized to give you an unbelievable game experience with high FPS.

How to install Potato Shaders

After the installation, you can customize the settings for atmosphere, lighting, terrain, camera, post-processing, and misc & internal in the shader options.

✔️ None of the files are hosted on our server. All direct download links on our website are provided by the authors. The packs are free of viruses. Therefore, they are completely safe and secure.
✔️ Please share this post on social media.
✔️ Are there any thoughts you’d like to share? Please write a comment and rate the shaders to help the authors.
👨‍💻 RRe36 is the author. Rate this pack:
4/5 - (6 votes)