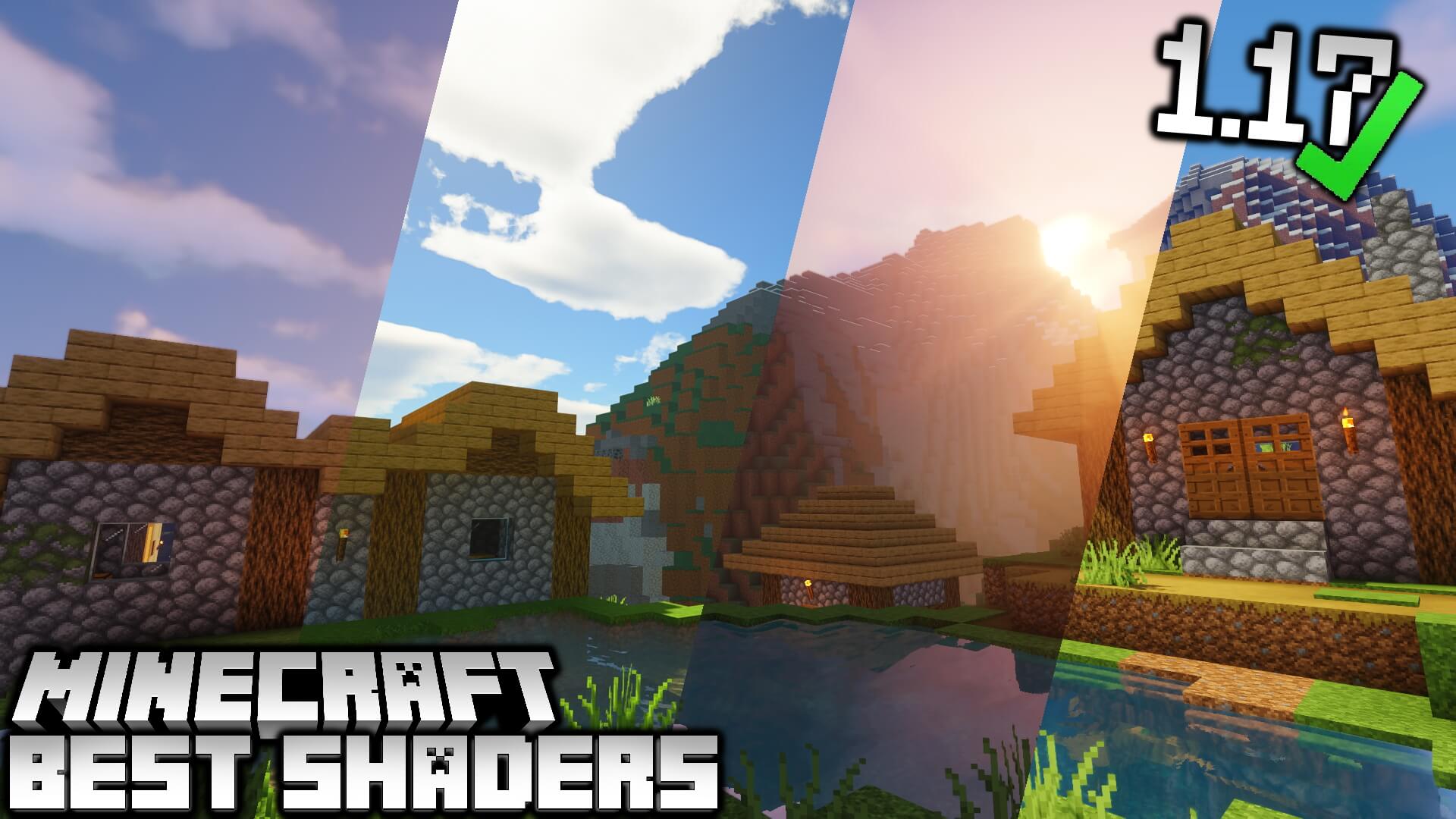 Minecraft is one of the most popular video games in the world and has long been a prime example of how a popular game doesn’t have to have good graphics. Nevertheless, a lot has changed since its initial release in 2009 and there are now Minecraft 1.17.1 shaders that you can download and install. In the beginning, most people played with SEUS because it was the most popular shader, but over the years a endless selection of packs has emerged.

These are the best 1.17.1 shaders for Minecraft that you can get for free. Of course, there are many more, but these five have had the best results and no bugs. Furthermore, we have made sure that the performance does not suffer too much.

By the way, you don’t need an extremely good graphics card to play with a 1.17.1 shader. Normally, an average computer should handle the new visual effects well and display a stable FPS number in Minecraft Caves & Cliffs update.

A few years ago it was still necessary to download the GSL shader mod with Forge, but that has changed. The change has made installing shaders much easier, because now you only need Optifine. By the way, this tutorial also works with all other game versions.

In fifth place is Sildur’s Vibrant Shader 1.17.1, created by a Swiss. The great thing is that there are many different versions. This means that there is something for all devices. Among other things, the saturation is increased, which improves the Minecraft sky. However, the biggest plus point are clearly the different versions, because they are playable for all operating systems, such as Windows, MacOS and Linux. Besides, the lowest version is perfect for poor computers, because Sildur’s Shader 1.17.1 doesn’t cause any lags. So you don’t need a high-end graphics card. Of course, there is also an extreme version that has volumetric lighting, but this is only for powerful PCs. Also many texture pack creators use Sildur when making screenshots.

In third place comes KUDA Shader 1.17.1, whose name is reminiscent of a certain NVIDIA graphics programming. The German developer DeDelner focuses on friendly and bright colors. During the day it looks like it’s a hot summer day because the water looks so beautiful. In contrast, at night it’s not so much fun to play with KUDA 1.17.1, because everything is extremely dark. Especially in caves you will hardly see anything without torches. However, in the shader looks surprisingly good in the nether. By the way, the ultra and cinematic settings turned out to be particularly good in the test. Your FPS should remain stable because not much RAM is needed.

The Chocapic Shader 1.17.1 is in second place. It is one of the oldest Minecraft shaders along with SEUS and is also compatible with the Caves & Cliffs update. Honestly, it’s no wonder that developer Chocapic13’s work is so popular, because the graphics look incredibly beautiful. Especially cool are the sunrise and the sunset, which looks like in real life. Not everything is extremely realistic, but mainly colorful. Unfortunately, there is one small point of criticism and that is the night lighting, which is extremely dark. Also, there are only a few configuration options for the Chocapic 1.17.1 shader in Minecraft, so you should check in advance which version will run smoothest on your computer.

The best known from this list is SEUS Shader 1.17.1, which has been under development for many years and is quite rightly in first place. There is even a new version called SEUS PTGI, but it is only available via Patreon. The free version is called SEUS Renewed 1.17.1 and aims to make Minecraft look extremely realistic. The main developer comes from the USA and is a well-known face in the modder community. Everything is totally realistic and the entire landscape is true to life. The coolest things are the moving water and the clouds that are no longer a square. On top of that, there’s a realistic underwater experience that makes you feel like you’re diving right now. However, the underwater effect and everything else comes at a price, because Sonic Ether’s Unbelievable Shaders 1.17.1 will push your computer to its limit.