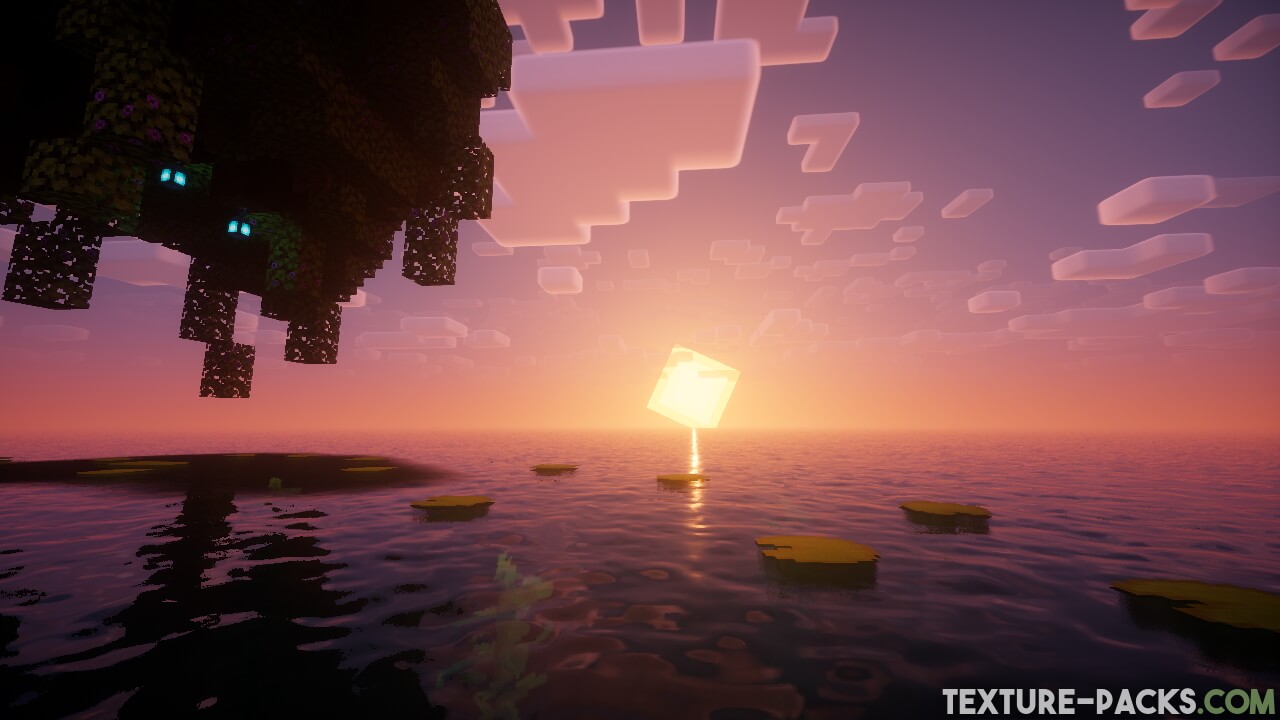 Nostalgia is a funny thing. Even if you don’t have nostalgic memories of something, sometimes you’ll look at something, and you can get a distinct feeling that you’ve seen it somewhere before. It sparks a memory in you somehow. This is exactly the kind of reaction we had when we first took a look at Minecraft’s Nostalgia shaders.

The Nostalgia shader was made by user RRe36, the same person who created another amazing set of Shaders which are called the Kappa shaders. Just as a quick note, for this article we’re mostly going to be talking about the Nostalgia shaders, but there may be points where the article references Kappa, so just know that we’re talking about the other set of shaders when we use this word. So real fast, we should go over some of the benefits for why you should consider using shaders for Minecraft. Minecraft is a game that many people assume has looked the same for years, but visually it’s actually come quite a long way since its first release.

Even still with all the updates Mojang and Microsoft have put into Minecraft, it still doesn’t look quite as good as it potentially could. This is widely due to these developers putting more value on performance and wanting the game to run well across an extremely wide array of hardware specs. Minecraft is huge, and it would take way too much time for them to individually create custom visuals for every single different graphics card, processor, etc.

And after all, nobody knows your computer’s limits like you do, so why not push your Minecraft visuals as far as they’ll go? If you’re interested in checking out some shaders at this point, we definitely recommend the Nostalgia shaders as mentioned earlier. The goal of Nostalgia, according to the creator, is to “loosely replicate the look and feel of first-gen shader packs”, and we honestly think Nostalgia does a tremendous job at this.

It’s hard to describe exactly what made earlier shader packs for Minecraft so special. It’s very possible that back then, we were really impressed with shader packs because Minecraft started off with basically nothing when it came to visual overhauls. Then, almost as if overnight, there was mod support, and people with PCs had the option of downloading shaders to make their favorite game suddenly look amazing. Minecraft’s shaders back then, well, they straight-up didn’t exist. There were essentially no shadows and the game looked very plain if you didn’t have any shaders installed.

Technically speaking, newer Minecraft shaders on Texture-Packs.com might be more technically advanced in some ways, but all those bells and whistles aren’t always a good thing. When we have nostalgic memories of something, it’s always driven by a strong “want” for something basic that we no longer have. Nostalgia is usually very simple.

The most striking part of Nostalgia to us has got to be those big blocky clouds. You know them, you love them, and they’re a signature part of Minecraft’s iconic universe. Nostalgia does this really neat thing where it doesn’t remove the blocks but instead enhances them to add value and make them look better. They look like literal giant floating square marshmallows. These square clouds are missing from so many other shaders, so this is a big reason to consider Nostalgia for your downloading purposes.

Nostalgia also handles the times of day in really interesting ways. It’s definitely something that will feel natural to older Minecraft players. When the fog rolls in, it REALLY rolls in. Older Minecraft had a limited draw distance, and this look is recaptured in Nostalgia in a big way. Even when it’s not strictly cloudy, you’ll find that your vision doesn’t exactly go on and on before getting obscured by clouds which mimic the game’s earlier limited draw distance nicely.

If you take a look at RRe36’s other shader pack, Kappa, you’ll see that it’s radically different from how Nostalgia looks. Kappa attempts to be a more realistic and modern shader, so if that’s more your thing, you’re more than welcome to download Kappa as well. It’s very interesting to compare these two shaders with each other. Kappa definitely has more modern features, but Nostalgia is really good if you’re looking to return to those old Minecraft glory days.

It’s also worth mentioning that RRe36 has an active Patreon if you feel like supporting their modding efforts, which goes towards Nostalgia, Kappa, and other upcoming shaders as well. A cursory glance at these pages shows that they’re getting tons of support, and these mods are also some of the most popular ones that the Minecraft modding community has to offer, so between being supported by fans and supported financially as well. We think it’s safe to assume that these mods will be kept up to date with current versions of Minecraft long into the future.

There’s even a discord server for the shader pack as well! That’s definitely a feature you won’t see everywhere, and it ensures that you’ll have a perfect place to come to for technical support if you should need help or if anything goes wrong at any point.

All in all, we definitely recommend checking out the Nostalgia shaders. They’re some of our favorites for taking screenshots and videos of Minecraft that emulate what it used to be like. It’s perfect in combination with older Minecraft texture packs and limited palettes, so while it might not be for everyone if you’re someone that appreciates the aesthetic of older Minecraft we really think you’ll like it.

How to install Nostalgia Shaders

This tutorial will help you to install this Minecraft shaderpack in under three minutes.

You aren’t just downloading a shader pack when you install Nostalgia. You’re also getting better shadows, better water effects, simulated wind on things like bushes and trees, volumetric fog, and the list goes on. Nostalgia is performing a careful balancing act of adding in newer features that people appreciate while keeping things pulled back enough to re-capture that old Minecraft feel.

✔️ None of the files are hosted on our server. All direct download links on our website are provided by the authors. The packs are free of viruses. Therefore, they are completely safe and secure.
✔️ Please share this post on social media.
✔️ Are there any thoughts you’d like to share? Please write a comment and rate the shaders to help the authors.
👨‍💻 RRe36 is the author. Rate this pack:
3.8/5 - (33 votes)