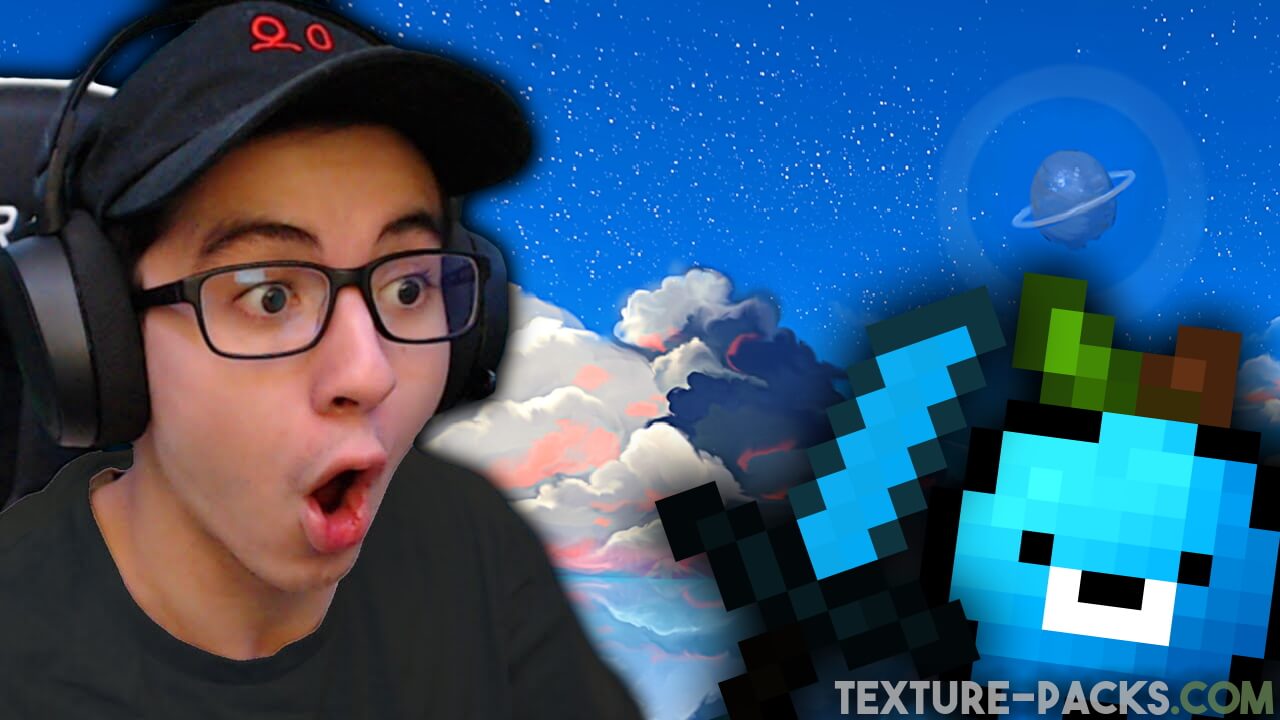 The YouTuber and streamer Wallibear is most famous for his Minecraft videos. His clips get hundreds of thousands of views every day and accordingly he is a real celebrity in the community. Many of his viewers are also a fan of the Wallibear texture pack, which is why you can download it here. By the way, he uses it in each of his videos. What’s interesting here is that the textures were created many years ago and there hasn’t been an update since. Nevertheless, if you like Wallibear, you should try the pack.

Overall, only the most important items and blocks are in the pack. This means that you will see the normal default textures in many places, but that’s not too bad. After all it is just a pvp edit. Most noticeable are the ore blocks, which are all outlined. You”ll be able to spot them even from a long distance thanks to this change. Apart from that, only blocks that are important for Hypixel Bedwars have been changed. Another important thing are the swords. They are all very short and still look beautiful.

Furthermore, there are animations that are a real eye catcher. Among the items, the ender pearl and the fireball are animated. Unsurprisingly, the same goes for the fire and water in your game world, but they basically always have animations.

Apart from that, the GUI is also new. The head-up display is still in the default style, but that doesn’t matter. For example, the hearts and the hotbar have been redesigned. The inventory’s brightness has only been reduced and it looks a bit like a dark mode in Minecraft.

The screenshots show the absolute highlight of the Wallibear texture pack. Obviously, this means the sky, which has a great overlay. During the day you see painted clouds, some of which look like scary thunderclouds. In contrast, at night it’s just dark and there aren’t even any stars. Only a moon in HD is in front of you.

✔️ None of the files are hosted on our server. All direct download links on our website are provided by the authors. The packs are free of viruses. Therefore, they are completely safe and secure.
✔️ Please share this post on social media.
✔️ Are there any thoughts you’d like to share? Please write a comment and rate the pack to help the authors.
Rate this pack:
4.2/5 - (32 votes)

Where can I download the texture pack from Wallibear?

The pack is only officially available through Mediafire. So far it has not been uploaded to other websites, such as Planet Minecraft, MCPEDL or Curseforge.