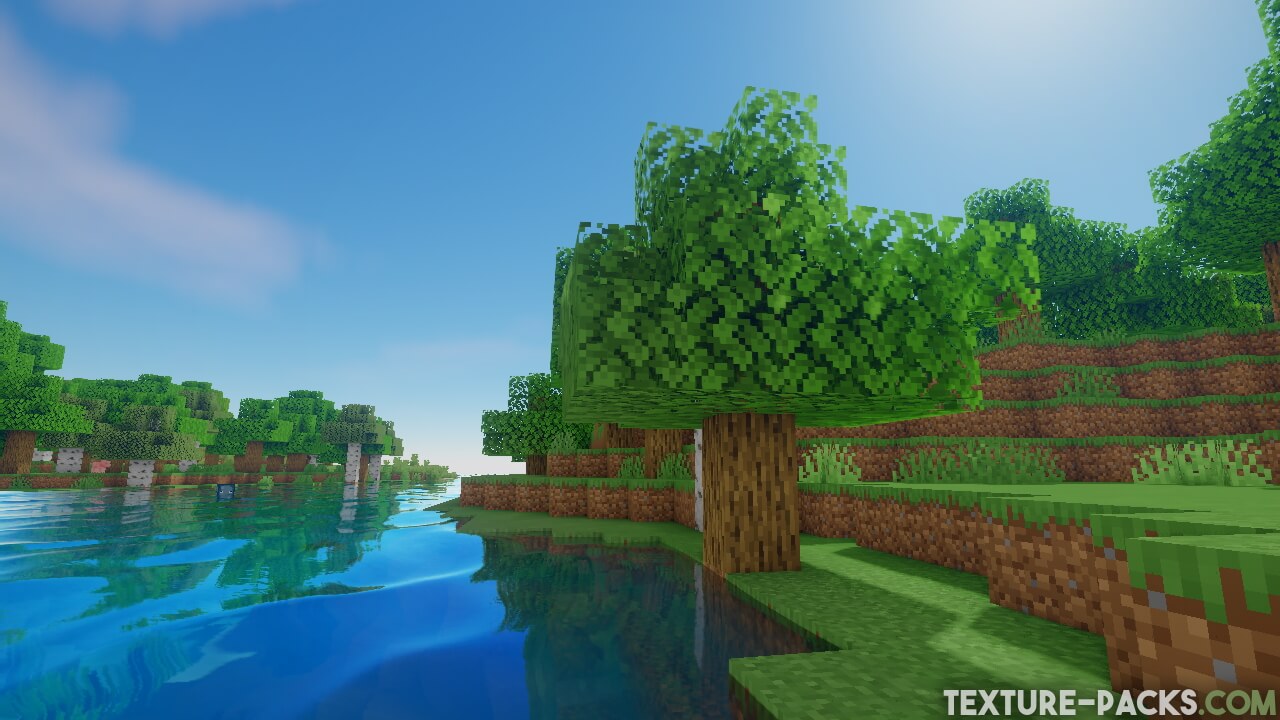 You haven’t seen what a shader pack can achieve, or you’re a Minecraft purist if you’re happy with the way water, the sky, shadows, and lighting look in Vanilla Minecraft. Shaderpacks play a very significant part, and even though some of them can have a negative impact on the game’s performance, overall, they are beneficial to Minecraft. They improve the graphics with textures that come from suitable resource packs. Let’s take a look at the detailed review of Oceano shaders.

One of the most well-known and widely used little Minecraft shaders of all time is called Oceano shaders. There have been over one million downloads of Oceano in the first years, so give it a shot! The pack can completely transform the look of Minecraft’s watery terrains. The appearance and feel of the pack as a whole more than makeup for the fact that there are occasional oddities. When using Minecraft Oceano shaders, everything takes on an extremely bright and clean appearance.

In addition to the elements brought by the other Minecraft shaders, such as shadowing systems and lighting, the Oceano shader brings remarkable improvements to the moon, lighting, shadows, water, and sky texture.

The ambiance that Oceano shader creates is breathtaking and magnificent in its entirety. You can perceive the sun’s heat in the rays, the green of the trees and leaves, and the clarity of the water with its blue hue. The atmosphere, the scenery, and the weather all appear to be quite calming and in keeping with the fairy motif. Minecraft Oceano is a top-tier shader on the list that you should consider using if you intend to play any stranded Minecraft map or island engaged in the game.

The effects can be seen almost instantly when they occur over water. The reflections in the lake are considerably easier to make out. Applying a specific mirror effect over bodies of water brings the reflected image substantially closer to how the water appears.

Shadows are another game element that has received enhancements thanks to the Oceano shader update. The blockiness of the shadows of the objects has been reduced. Because the edges are so much smoother, it is much simpler to identify the source of the shadow and determine which object cast it. This is true for every item and object in the game, regardless of how straightforward they may appear (such as a basic block) or how minute they may be (such as grass). Both of their shadows seem to have a much smoother texture.

Additionally, the Oceano shaders rectify how shadows are cast in connection to the various light sources. The correct location for the projection of shadows is on the opposite side of the light source. This also encompasses the shadows that are cast by the sun.

The quality of the shadows cast by clouds has also been significantly improved. In addition to shades and clouds, the shader pack covers various forms of light bodies. This comprises fires, glow stones, torches, and other similar items. The lighting of these things has been worked on to make them better. The light in Minecraft has been altered to have a warmer spectrum overall, with a tinge of mild yellow added on top of how the light would generally seem in the game. This can also be seen by observing light as it travels through various things, such as windows. When one looks at things from a very large distance, one can notice that the color of the light has a slight yellow tint.

There is noticeably less scatter, objects in the distance appear less hazy, and the overall tone of the light is noticeably more calming. It is essential to take note of the things that the Oceano texture pack does not do. It does not affect the textures used in the game in any way. Just so you don’t forget, a resource pack and a shader pack are separate things. Shaderpacks give the game a more realistic feel by allowing players to personalize a significant number of the game’s most critical aspects, in contrast to resource packs, which primarily modify the game’s textures. There have been no alterations, but the lighting effects and other elements have been much enhanced, which has resulted in an overall enhancement.

• Minecraft version 1.7.2 (The Update that Changed the World) or higher is required, but the latest update is strongly recommended.
• Optifine’s or Iris most recent release version.
• A discrete graphics processing unit.

• The mellower light cast by the shadows is soothing.
• Unique and impressive water effects were achieved using the shader.
• The weather effects on the waves make them look dynamic and lifelike.
• The reflections are also unique; no other shader has anything like that.
• In addition to being compatible with specular and normal maps, the shader also supports ray tracing.

• There is no improvement in resolution either.
• Minecraft may run slightly more slowly on low-end PCs with less powerful hardware due to the Oceano shaders.

If you’re looking for a pack with vivid, oversaturated colors, go no further than Oceano. The trees are the greenest you’ve yet seen, and the ocean is the deepest blue you’ve ever read about in a fantasy book. However, the lighting is not as over the top as competing packs, so you won’t be blinded or overwhelmed by it. Dynamic shadows and volumetric lighting are still included, but the pack keeps the brightness settings relatively modest so that you can enjoy a vivid environment without suffering from color blindness. You have the choice between the profiles default, high, paper, and low.

While this shader pack isn’t the most photorealistic, it does a fantastic job enhancing the game’s aesthetics. Pairing Oceano shaders with a realistic texture pack, like Flows HD, that modifies a different part of the game makes a lot of sense. Combines nicely with high-resolution resource packs.

How to install Oceano Shaders

This tutorial will help you to install this Minecraft shaderpack in under three minutes.

✔️ None of the files are hosted on our server. All direct download links on our website are provided by the authors. The packs are free of viruses. Therefore, they are completely safe and secure.
✔️ Please share this post on social media.
✔️ Are there any thoughts you’d like to share? Please write a comment and rate the shaders to help the authors.
👨‍💻 LittleRoofie is the author. Rate this pack:
3.7/5 - (28 votes)